We are very proud of our association with the New Zealand golfing community and, of course, the Jennian Homes Charles Tour. 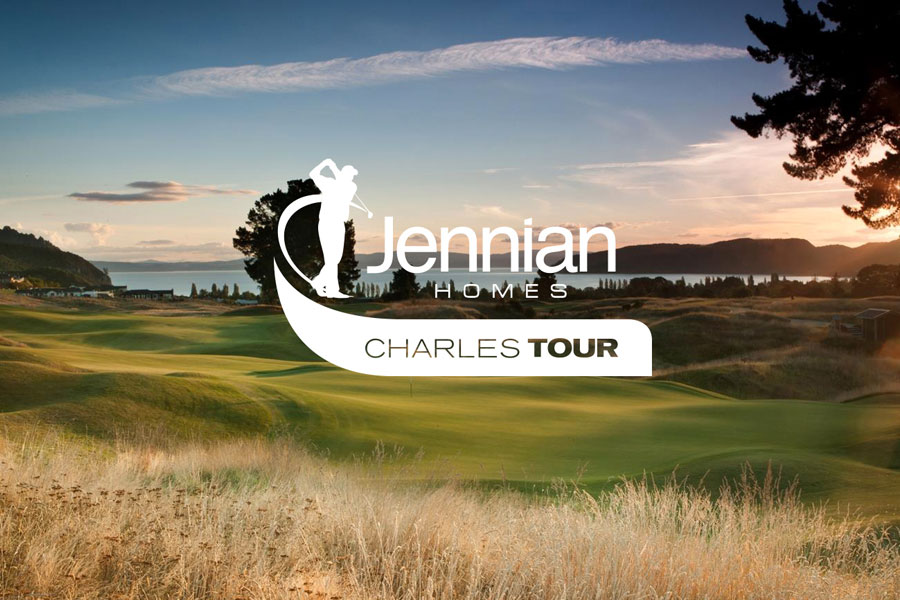 Jennian Homes has been building the homes New Zealanders love for 40 years and we are proud Kiwis who love nothing more than building communities.

This partnership between Jennian Homes and Golf New Zealand is about growing the opportunities for our emerging golfers to build their future.

By supporting the Jennian Homes Charles Tour in this capacity we are assisting Golf New Zealand to secure the continued development of the tour’s future, ensuring longevity and a stable playing pathway for New Zealand’s aspiring amateur and professional golfers.

Jennian Homes has introduced The Jennian Homes Trophy. This is to be of a similar mould to the FedEx Cup on the US PGA Tour and rewards players for being consistent over the full season as well as competing in more events.

This is an exciting time for all involved in the game of golf.

Our current professional golfers performing well on the world stage such as Danny Lee, Lydia Ko and Ryan Fox, have all played on the Charles Tour, highlighting how this pathway has helped them launch their careers.

Tee off with Jennian Homes

A registered Member of Golf New Zealand who builds a new home with Jennian Homes will:

Get in touch with your local Jennian Homes franchise to find out more about building a new home and house and land packages available in your region. 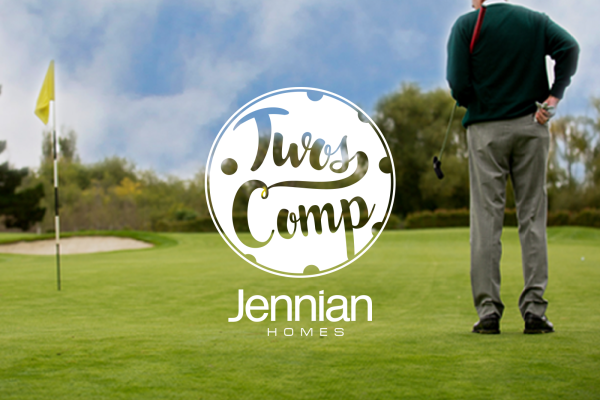 Sounds great. How do I enter?

That's 10 winners each week, 1 dozen golf balls per winner. How good is that?

*Scores must be submitted by midnight Sunday each week.

1. Entry into the ‘Jennian Twos’ Golf Ball promotion (‘the Promotion”) is deemed acceptance of these terms and conditions.

3. The Promotion will run every week, commencing on 22 February 2021 until such time as the promoter concludes the Promotion.

4. To be eligible to enter the Promotion, the entrant must be a registered member of a Golf New Zealand affiliated golf club.

5. Each week, if you score a two you will automatically be entered into the draw to win a dozen golf balls.

6. Scores must be submitted by midnight Sunday each week.

8. The Winners will receive a dozen Jennian branded Srixon Q-Star golf balls. The golf balls will be delivered to the confirmed address of the Winner, or the winner’s Golf New Zealand affiliated golf club for the Winners collect.

9. Jennian Holdings Limited decisions on all matters regarding the Promotion are final and no correspondence will be entered into.

10. Jennian Holdings Limited reserves the right to disallow any entry and/or refuse to award a prize where false or misleading details have been given by the entrant.

11. Jennian Holdings Limited reserves the right in its sole discretion to disqualify or eject any entrant from the Promotion who it considers has breached any of these conditions, or engaged in any unlawful, reckless, dangerous or other improper misconduct that jeopardises the fair, safe and proper conduct of the Promotion.

12. Jennian Holdings Limited takes no responsibility for non-receipt of any entry for any reason, including any technical issues or faults with the Promotional website, http://www.jennian.co.nz/ In the case of the intervention of any outside agent or event which prevents the promotion taking place or being completed (including but not limited to technical difficulties) Jennian Holdings Limited may in its absolute discretion cancel the Promotion and/or reschedule it for another period. Jennian Holdings Limited has no control over the internet, networks or lines including any computer viruses or bugs and server problems, and accepts no responsibility for problems associated with them whatsoever.

13. Under the Privacy Act 1993, all individuals have the right to access and correct their personal information held by the Promoter by contacting Jennian Holdings Limited, 60A Durham Street, Tauranga, New Zealand.

14. To the fullest extent permitted by law, Jennian Holdings Limited excludes, and all entrant release and indemnify Jennian Holdings Limited against, all liability however so arising for any loss or damage whether direct, indirect, special or consequential or for personal injury which is suffered or sustained, by entrants or the winner, arising in any way of out of or in connection with the Promotion, or participation in the Promotion.

15. These terms and conditions are governed by the laws of New Zealand. 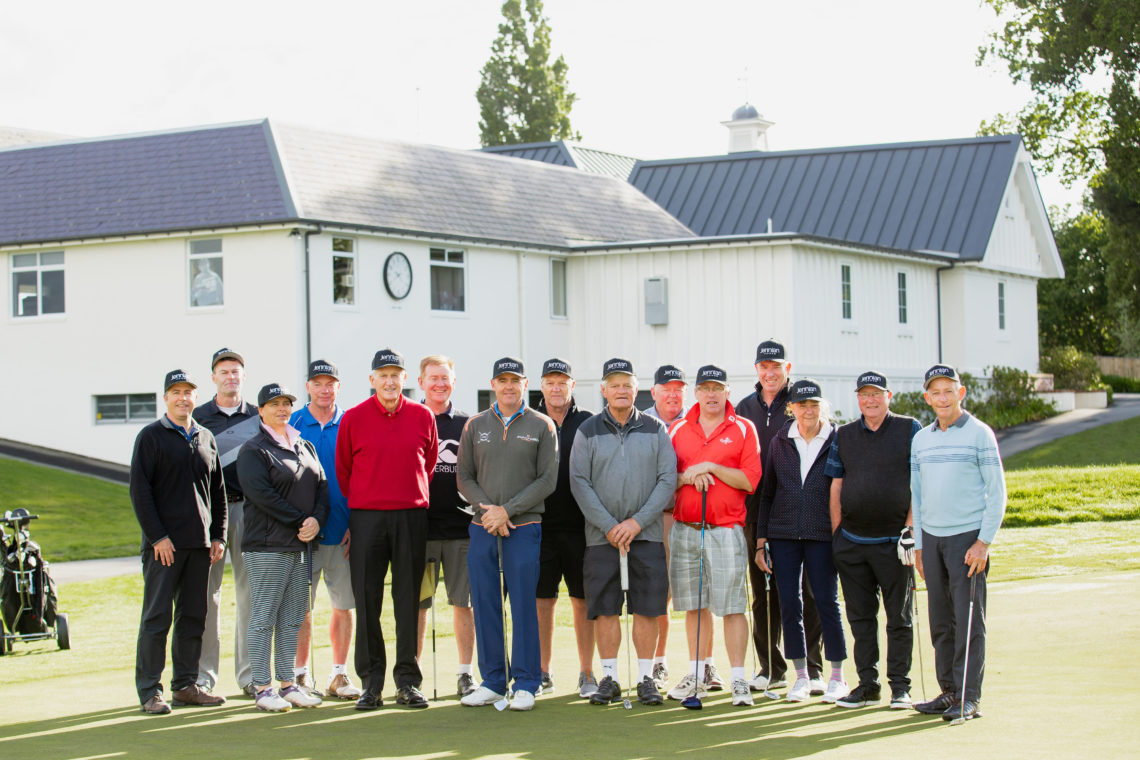 What our winners had to say

Many thanks for a wonderful trip! It was great to play and chat with Sir Bob and to see how consistent his shots are. That’s something for me to work on and even though I played better than I thought I would, I still have plenty of improvement to go in this area!

I really enjoyed playing these two superb courses with the group and having dinner and lunch at the two clubrooms was a bonus, especially the personal tour of the Sir Bob Charles Room at Shirley. Congrats to you guys for a very well organised event.

Thanks again. PS don’t be surprised if you see my name again in the draw for next year’s trip.
Russell Beswick
Tauranga
I would just like to thank you, and Jennian Homes for the wonderful opportunity given to the six of us, who won the “Tee off with a Legend” competition. The whole thing was just a wonderful experience from start to finish, and Stu was the ultimate host, very generous and well organised.

I know that most of us really couldn’t believe that we had actually won a coveted spot in the competition! Clearwater was just wonderful, a stunning course, a beautiful resort, and we had a lovely meal together in the evening. Shirley Golf Course too was also great and I know we all really enjoyed both days and the opportunity to meet each other.

To finish the experience with a visit to Bob Charles special trophy room at Shirley, really topped the whole thing off and Sir Bob, … well, he is just the ultimate gentleman. What a great ambassador for golf that he is for all New Zealanders, always thinking about the game and how it can be bettered for the masses, a legendary great player, a role model in terms of a healthy lifestyle, and his conduct on the course is impeccable.

All in all an experience that none of us will forget, – not many people can say they have played a round with Sir Bob Charles. I have come home with a renewed enthusiasm for my golf, believe me, I’m always keen… but if he can still shoot a par round and better in his 80’s… there is still hope for me yet.

Knocking on the wrong side of 50 these days, I keep thinking I had better hurry up if I want to improve a bit more, …. well if he can do it at his age, I think I just may still have a bit more time up my sleeve! Thanks so much for your generosity and the opportunity of a lifetime – I’ll be working on that overswing and I’m planning on getting that handicap down a bit further yet!

Thanks again for such a great experience.
Tracy Bary
Thank you for the amazing two-day experience of meeting and playing with Sir Bob Charles. I am having trouble getting off cloud 9 and back to reality today!

Sir Bob is a true gentleman and it was awesome to witness first-hand his remarkable golfing ability. He was interesting to talk to and made us feel very relaxed. It was fun to meet the other winners and we all had a very enjoyable time together.

Clearwater is a lovely venue at which to stay and both courses we played were outstanding although challenging. Thanks again for everything the package included – flights, meals, accommodation etc. and a big thank you to Stu who looked after us so well.

I really cannot thank you enough for the incredible opportunity.
Jane Pangborn
I would like to take this opportunity to pass on my sincere thanks for what was a very special occasion in my life. I enjoyed every second of my trip and it will be in my thoughts for a long time into the future

For me, this was an occasion playing golf with Sir Bob Charles and Stu that without my good fortune in being a winner in this competition would quite possibly never have happened. I was most impressed with Sir Bob’s excellent playing still at this time in his playing career.

The organisation of this event was seamless and obviously had very competent people in charge. They should all be commended for this – Thanks to all.

There was some discussion of if we could enter the next competition for this but from my point of view, I would not enter as I would not want to take the opportunity of someone else having such a wonderful time when I have been so fortunate to have taken part in this most really great event.

Once again, thanks for everything, to everyone involved and for organising a most excellent event.
Stu Duncan 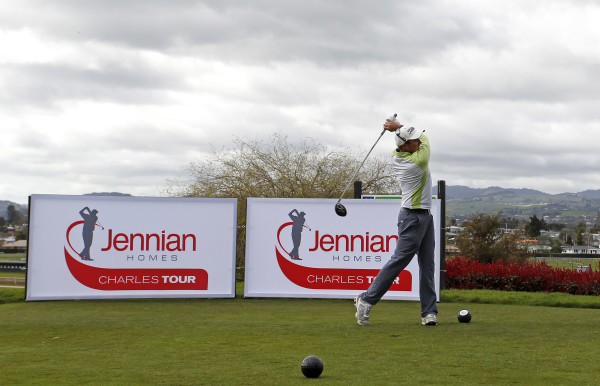